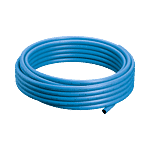 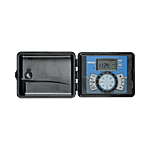 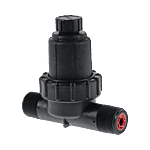 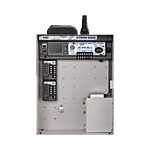 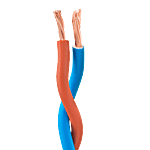 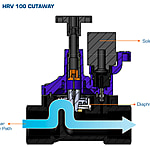 The HRC 100 controller has built in circuitry for detecting several faults.   If the word fault appears before the word program, the controller will display the station number causing the fault. The controller will operate as normal, but will skip any station with a fault.

NOTE: If more than one zone are at fault, the station number shown on the display will be the number of the last station which is found fault. So if stations 1, 2, & 5 have a fault then only number 5 will appear in the LCD display.

Our devices only allow a certain amount of amperage output of each terminal, and if that limit is surpassed, a fault will be triggered and your controller will stop sending voltage out to prevent the timer from damaging itself.

This can be caused by a bad solenoid, crossed wires, or a short in the wire itself.

First, we need to identify whether the issue is with the controller or the solenoid on the valve. Remove the wire from the terminal that was mentioned in the fault message, along with the common wire associated with it, and run a quick 1-2 minute cycle on that station.

Second, we the controller is good so now we will test the solenoid. This can be done by either swapping a solenoid or using a multimeter.

Disconnect the current solenoid and temporarily connect a new solenoid to the station that was mentioned in the fault message. Run a quick 1-2 minute cycle on that station.

If using a multimeter, test between the common wire and the zone wire of the zone in question. You should get 20-60 Ohms Ω. Every manufacturer’s valves will have a slightly different reading. If the ohms are less than 20, the solenoid that operates that valve is defective and will need to be replaced. If the reading is above 60, there is a wiring issue. If you read 0 ohms, it is likely a cut wire. You can test another zone wire and if you get the same reading of 0, it means that the common wire has been cut.

You can also perform a continuity check to test the wires. You’d test between the common and a numbered valve at the timer, and the benefit of this test is that it’ll test the wire and the solenoid. You should get a 0 reading and often times a beep. On the multimeter, look for the Ω and )))) symbols.

Once this has been resolved, you should be able to connect your wires up again and run the system. The “Fault” message should now be gone.

First turn the dial to OFF then remove the wire from the PUMP terminal on your controller. Turn the dial back to RUN and try running a station or program manually.

NO AC appears on the display when the controller is no long connected to 120 V AC power. Check the plug for proper connection or the outlet for power. If no power is present check for a blown fuse or tripped circuit breaker.

Once power is restored the current time is update by the battery and the controller will operate as normal.

NOTE: All programs and other settings are save in non-volatile memory.

NOTE: The battery only saves the current time, and is not required for the controller to operate.

If no program (A, B, & C) has been scheduled, the dial is set to RUN, and the there is no rain delay. Then the controller will water each station for 10 minutes starting at 5:00 AM